Light railway runs — but are market forces on track too? 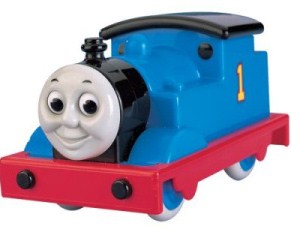 Will the new trains be as popular as Thomas -- and as reliable?

The keenly-awaited launch of the Jerusalem light railway’s urban transport service last Friday passed with only a few minor delays, as an estimated 40,000 passengers piled in to the 14 trains in service and enjoyed the novelty of free trips (the NIS 6.40 fare, which gives unlimited travel for 90 minutes, is not yet being levied).  The service is designed to shift 100,000 travellers a day and will operate from 5.30am until after midnight.

Apart from freeing up some central parts of Jerusalem from traffic congestion, the light railway is reported as having another economic impact: an increase of rents in commercial premises along the railway line.  One shopkeeper is quoted as saying that landlords have doubled rents for trackside retail outlets. Presumably market forces are being relied upon in these circumstances: greater consumer throughput makes for higher sales and more profit, while rents that are too high mean empty properties and loss of income.